I saw two dogs on the road stuck to each other. They were making love and now they can’t separate themselves from each other. I know it won’t last forever, maybe a few more minutes. But, those few minutes of utmost disgust, irritation and helplessness – you can see on the faces of those poor …

END_OF_DOCUMENT_TOKEN_TO_BE_REPLACED

Drunk and allured by this lunatic desperation, I ended up making two short films, The Cemetery (19:55 mins) and B-Minor (14:45 mins). Both of them failed miserably due to an array of reasons apart from the fact that they still look very original and leaves a remote possibility for an audience to say that he or she has seen something like this!

Making a short film amid a host of odds and still enjoying every moment of the journey is probably the most enriching memory that I have for my first short film. With some due accolades from the international film festivals and a prime time telecast in one of the major national channels in India, "The Cemetery" has come …

END_OF_DOCUMENT_TOKEN_TO_BE_REPLACED

The tough reality behind the plastic excitement - Short films or Shorts suffer a step-motherly treatment in India...

There is something amazing about making short films - you nearly tend to depend on accidents for good things to happen! My second short film B-Minor is no exception! While we are meticulously working on the post production, I thought of uncovering the allegory behind B-Minor... If you ask me about the story: A young, blind guitarist, …

END_OF_DOCUMENT_TOKEN_TO_BE_REPLACED

The three films Pather Panchali (Song of the Little Road), Aparajito (The Unvanquished), and Apur Sansar (The World of Apu) — based on two books by Bibhutibhusan Banerjee changed the paradigm of Indian cinema to say the least.

A humble attempt to capture some of the faces from Vietnam while I spent a week in Ho Chi Minh City and travelled to the Tian Giang and the Cai Be Island of the Mekong Delta! There are stories behind all those faces and the stories gave me a simultaneous rush of hope and depression... Sharing a few with fellow bloggers and readers!

Unless you are too carried away by the social relevance of same-sex marriage getting an accreditation in the U.S., you will recognize the pain in their eyes... Child Labour as seen from the lens of Steve McCurry...

Labour of Love – If that is the English title of the film Asha Jaoar Majhe, it is equally justified. I have lived almost another 24 hours since I saw her walking past those mystic by-lanes of Calcutta, the film was getting over, but my longing to see them meet for another cup of tea …

END_OF_DOCUMENT_TOKEN_TO_BE_REPLACED

Hell ya, I’m a playwright…

I wanted to post a blog tonight… Wrote a lot of things, but could think of nothing as interesting a read as this piece… I am sure, my readers and fellow bloggers will like the piece as well…

It's Kind of a Long Story

(This is a revised version of a post that was first published in October 2009.  I went back and changed some stuff so it sounded better.)

Playwright.“play”, from the Saxon “plega“, meaning “recreation”; and “wright,” from the Old English “wryhta“, meaning “worker.”  First recorded use of word: 1687.

I am a compulsive word-use-corrector, a ruthless proofreader, a highly-critical grammar snob.  Anyone who has ever made the mistake of asking me to edit a paper for them can verify that this is true.  I love my red proofreading pen with an unhealthy passion.  While it’s partly because I’m a judgmental pain in the ass, it’s also because I’m a giant etymology geek.  I love words (certainly I use a lot of them) and I find them really interesting.  Which is why the word “playwright” fascinates me.  It drives me bonkers when…

Robinson Street, Kolkata: To be disreputably honest and true to what I witness in my everyday life, I presume there is a mentally ill Partho De in all of us. “No one can be good for long if goodness is not in demand”, as Brecht said... There is a front page article on The Telegraph …

END_OF_DOCUMENT_TOKEN_TO_BE_REPLACED

Light and Shadows, as seen from the eyes of Steve... I wish I could capture shadows like he had in these candid photographs...

For those who think independent cinema is almost like inviting cannons firing rotten tomatoes, our sacks are full! We are dreamers and we dream about making people perceive art differently. We like forcing a different thought. Why? How many films that you have watched helped you in expanding your thought, opinions or empathy for fellow human …

END_OF_DOCUMENT_TOKEN_TO_BE_REPLACED 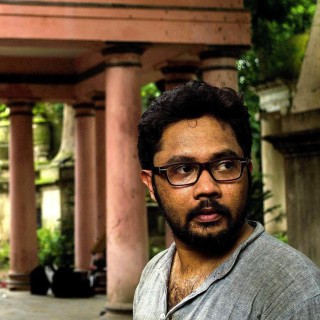 A humble attempt to express my regular failures and occasional disasters...